Bonobos on a Tub Pictured on a tub on exhibit at the Jacksonville Zoo and Gardens is Lily (front), Lucy to the right, and Lorel, behind. Lorel is the mother of both Lily and Lucy. In the group, Lily is the subordinate and she defers to the others, especially when it comes to food. She is even-tempered and likes to please the zookeepers. She is also a quick learner and will work as much for attention as for food during training sessions. It is natural that Lily is so people focused because, at her birth, Lorel had no maternal instinct, and Lily had to be raised by the keepers and then integrated back with the group.

Lily is nearly eleven years old. She began cycling in 2004 and was put on birth control. As an adolescent female, Lily is slated to be sent to another AZA (American Zoo and Aquarium Association) institution to join another bonobo group. This is what happens in the female-centered bonobo wild society. From Grains of Golden Sand, "To be accepted, a young immigrant female must ingratiate herself with her new group’s alpha female. Feminine bonding is important in bonobo society, partly because females are physically less powerful than males. In captivity, females will gang up—even against the most dominant males—and invariably win. Even one-on-one, the lasses may still dominate the lads."
Posted by Delfi at 8:30 PM 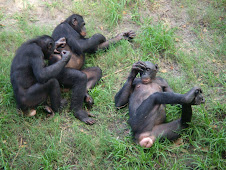 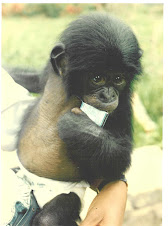 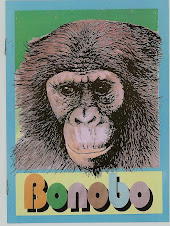 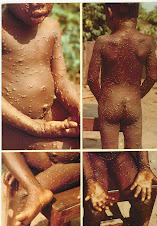